What makes the artisanal products of Gifts & Graces different 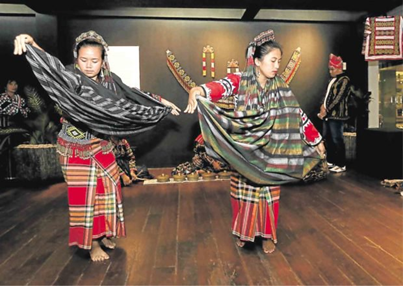 Dance performance by the T’boli tribe of Lake Sebu at the store opening of Gifts & Graces Fair
Trade Foundation —PHOTOS BY RICHARD A. REYES

Filipino handicrafts and artisanal products are having quite a moment, and this is giving a boost of confidence not just to local designers, but also to the communities they work with.

The trend not only ensures that heritage crafts live on, but also provides economic opportunities for the underserved sectors.

Upon her appointment, Tourism Secretary Bernadette Romulo Puyat first zeroed in on the duty-free stores in the airports.

“Why are there no local products? When you leave for abroad, you want to buy local products,” she told Lifestyle at the opening of Gifts & Graces Fair Trade Foundation’s (G&G) store and showroom at LRI Plaza in Makati City last Oct. 25.

“At the DOT, we not only promote the sun, the beaches and the food; we also promote local products.” Thus, she has vowed to work with the Department of Trade and Industry to beef up local offerings in duty-free stores in departure lounges in the airports. 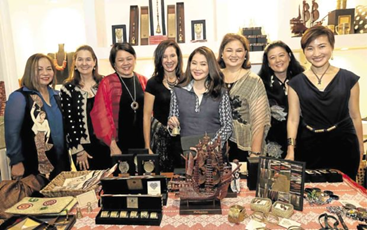 Puyat has been an avowed believer and customer of G&G for four years now. At the store launch, she was carrying a clutch with a T’boli brass charm—one of 12 bags she has bought from G&G over the years.

“When we were growing up, local was pang-Linggo ng Wika,” a costume worn once a year to school to celebrate the national language, Puyat said in her keynote speech.

“Now we wear it proudly every day. Local has never been as much in vogue as it is now,” she added. 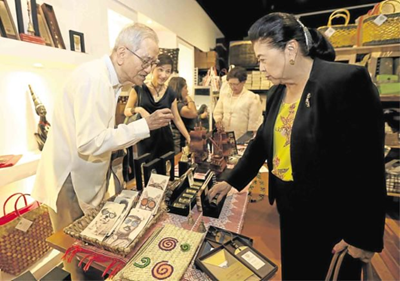 G&G is the brainchild of Sandy Prieto Romualdez, Inquirer Group president. When it was founded 12 years ago, the idea was to push forward two emerging trends at the time: fair trade and social entrepreneurship. Its goal was to bring the artisan products of marginalized communities to a wider marketplace, thereby giving them sustained livelihood.

G&G now functions as marketing arm of the 21 communities it works with, and helps these groups develop quality and desirable products.

Romualdez partnered with like-minded individuals to form the board, which in turn brought in known designers to guide the communities. 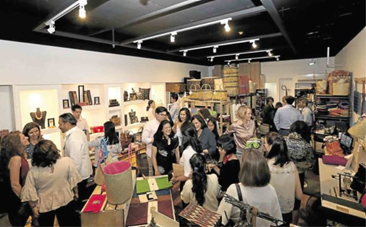 “It went through different stages,” says board chair Marivic Limcaoco. “At first the executions weren’t good. So we gave them skill-set seminars. We went through trial and error.”

Eventually they hit on some champion products. These included the die-cast brass products of the T’boli tribe of Lake Sebu in South Cotabato. It was not only a marketable product, it’s also a source of pride of the tribe, as it promotes their ethnicity.

They also work with box makers of Cavite and Quezon City, coco farmers of Mindoro, sakada farmers of Negros Occidental, the rebel returnees of the Tingguian tribe in Abra, the Correctional Institute for Women, and individuals with special needs from The Learning Center, among others. 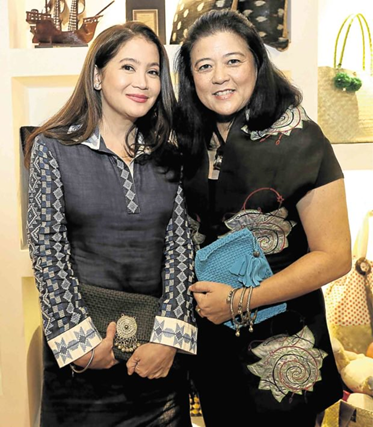 Not a big market

The LRI outpost is its first full-scale store.

It’s not a big market by any measure, says Limcaoco, “since there are still very few Filipinos who are willing to pay premium for local products.”

It has been quite helpful for G&G and similar enterprises that Puyat and other tastemakers are making it their task to push for local.

“It always has to come from a tastemaker, or the foreign market,” Limcaoco said. “Many Filipinos still want the ‘best price.'” 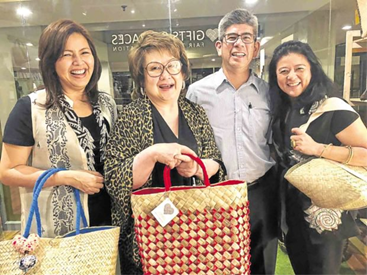 Besides, she added, “it’s not always a good thing to get a big order, since we’re working with small communities, not big factories. We, however, can customize. We guarantee there’s a soul to each product since they’re made by individuals, by hand.”

G&G is true to its principles of fair trade—child labor is an absolute no-no. “When we order, we pay outright, no consignment. We also pay for samples. We’re happy that the income trickles into the communities, and it’s not just the middlemen who are benefiting,” said Limcaoco.

“Fair trade is a key aspect of the Department of Tourism’s overarching agenda of sustainable tourism, so it works hand in hand with what Gifts & Graces is espousing now,” Puyat said. 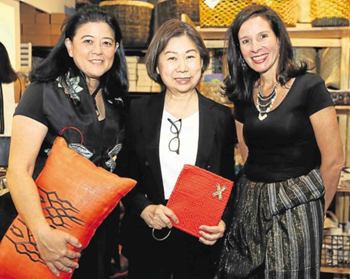 “Tourism is a multifaceted industry. The only way to enhance it is through a holistic development of the sector, and fair-trade tourism represents the best practice of responsible tourism,” she added.

“When we started, we were all alone,” said Limcaoco. “Now it’s a whole new movement, it’s exciting. It’s an advocacy that even the young ones are aware of now.” 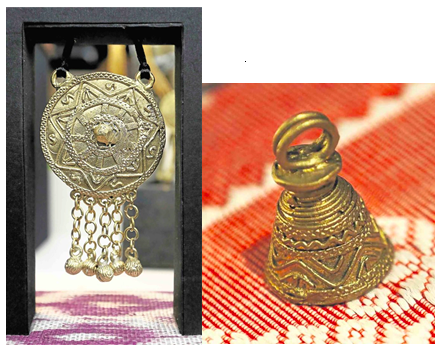 Die-cast brass products of the T’boli

What makes the artisanal products of Gifts & Graces different